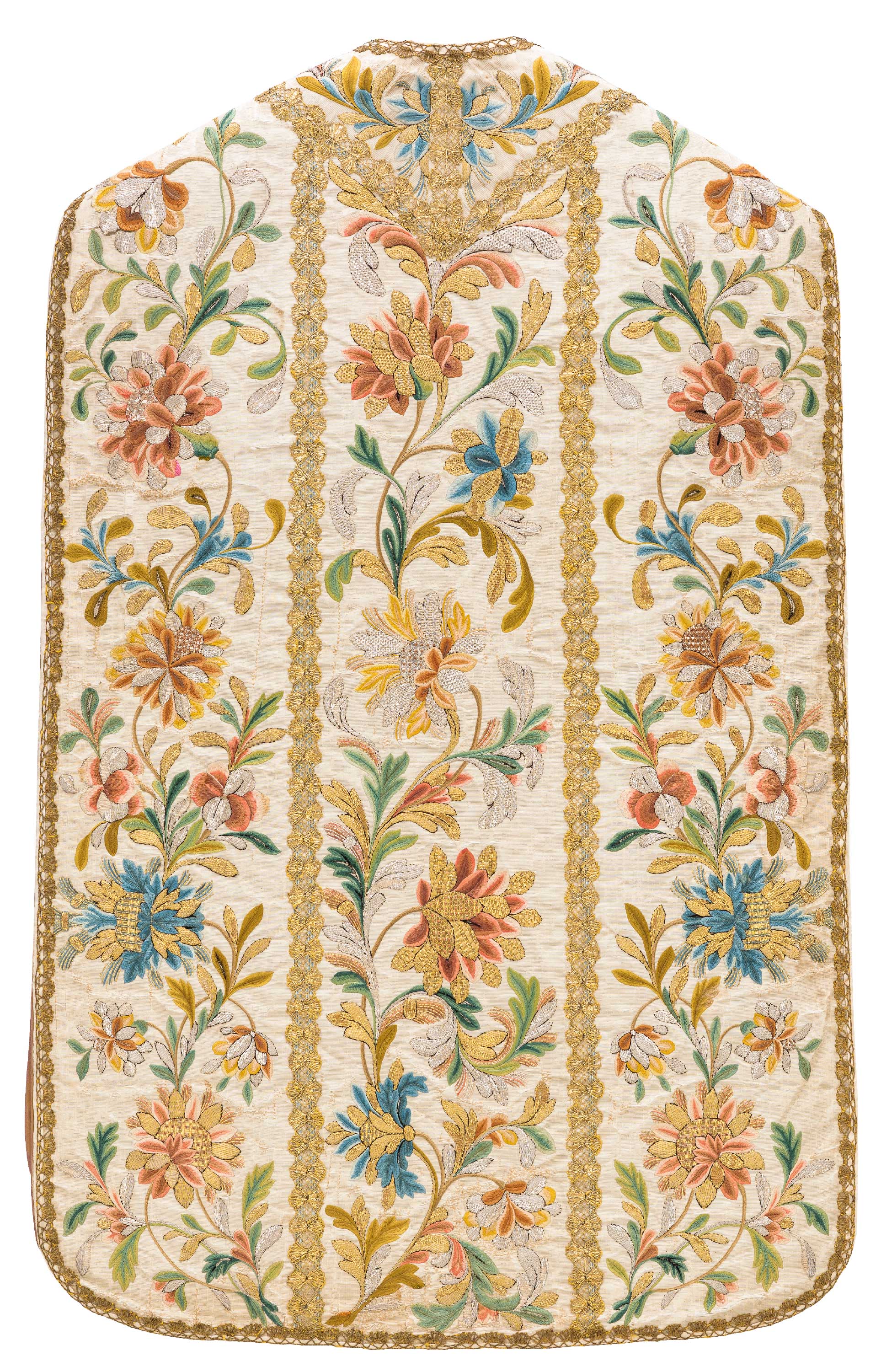 Chasuble.
Lithuania, second half of the 18th c.
Vilnius Cathedral.

The spirit of Rococo is particularly well reflected in eighteenth-century patterned silk fabrics from the weaving mills of France, above all Lyon, whose ornaments and colours were adopted by acupictors. The distinctive features of this style are light pastel colours, swirling flower garlands and diagonally meandering “rivers”. In the third quarter of the 18th century, the taste in decorative arts inclined towards classics with a predilection for clear architectural lines and a renewed interest in motifs of classical antiquity.

The chasuble is the central vestment for the Holy Mass worn by a priest over all the other parts of liturgical clothing. Originating from a Roman conical cloak protecting from cold, it has retained its form throughout the Middle Ages. Its sides gradually became shorter allowing more freedom of movement, until it became similar to a magnificent shield. The 19th–20th century liturgical movements returned the ancient form of a cloak to the chasuble. 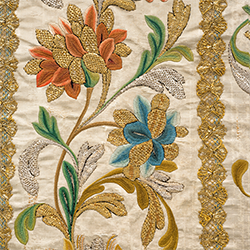